Making the world happier one bite at a time. 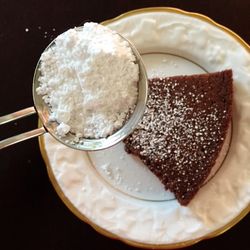 I have a long list of causes I would take up if I won the lottery. First up would be getting the god awful double roundabout up the street removed. Then I would work on getting art classes in all the public schools through all grades. If I still had energy, after that I would design better parking lots for Trader Joe's and fitness apparel for women who are size 12 and above. I have a lot of friends who have not won the lottery but still have time to take up causes like autism funding, bike path safety, health care for the poor. I am fairly certain that  I will never be one of those people. I have good intentions but working with people who flake out and are unreliable would just make me insane. I already know the volunteers I'd work with would be flakes and unreliable because that is my curse in life. It doesn't matter if the person is volunteering or paid (see my recent cat sitter for example). But if I were rich, I could just donate all my money to the causes that matter to me and feel pretty good about it.

But still, there was a void in my life. Not a big void, but the type of void that happens when you somehow get out of the work at home routine you so carefully crafted over decades, but you still work at home. I am far more inspired when I work on multiple projects at once and if one of those projects can help someone while still being creative and fun, I am all for it. I come up with great ideas when my hands and brain are occupied on non- art related things. I just wanted a little something a little different to work on that would not involve being irritated by the presence of other people. And that is how you know I am over 45. I like to do things alone with the air conditioning on full blast.

A little something different jumped out at me on instagram the other day. One of my favorite bakers is coming out with a new cookbook and needed volunteer bakers to test recipes. This volunteer position was made for me!!! I can do it alone! I emailed and waited and it worked out! I can help make the world a better place by making sure everything tastes good. I can't wait to see how this inspires me in other ways. I am sworn to secrecy on some issues but I will be posting photos of the baking over on my instagram page.

Mothers and Sons and the Goldberg-Woods-Dinino Curse 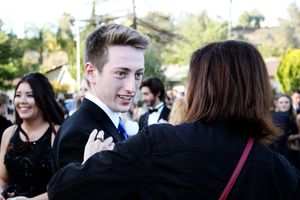 One thing I always remember our Nana saying was that it is so much sadder to have sons because as soon as they get married you lose them to their wife's side of the family. They become their mother-in-law's new son. She said daughters are always with you. I was thinking about this at Brent's prom as Karen would brush glitter off his shoulder or fix his tie (his date was covered in glitter). This photo of Brent and Karen sharing a moment is one of my favorite photos from the day. He may be ready to spread his wings and go off to college but he still loves his mama, which is obvious here. I saw a lot of boys rolling their eyes at their moms on Saturday and Brent was not one of those kids.

I did take many posed photos of Brent and his friends (see my instagram or flickr) but I like the candid photos that really capture what was happening. 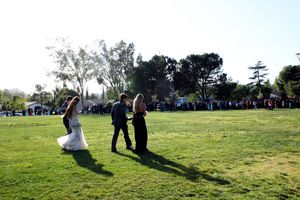 Even though the park where everyone met to catch the bus to prom was huge, everyone squished together in one small area which makes taking photos without a frumpy looking person in your shot very hard. I think when it is your daughter going to prom, you take a hundred photos at home before arriving at the park (as we did with Emily). 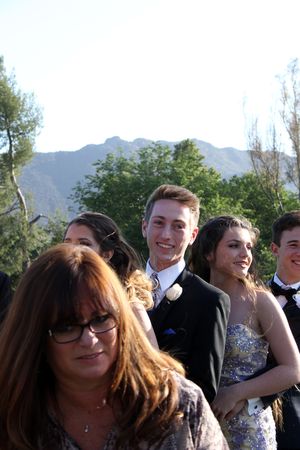 This woman had a habit of popping up in front of my camera every time it was my time to step in front and snap a photo. I did my best to weave in and out so people could get their photos, but others were not as considerate. 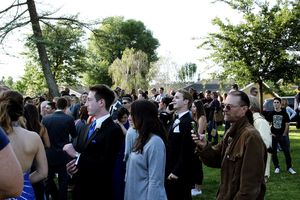 Every time I caught a glimpse of Brent in the distance, he was nervously fiddling with his watch. All kids were fiddling in their outfits, which I thought was cute. So Cal kids are used to wearing shorts everyday. 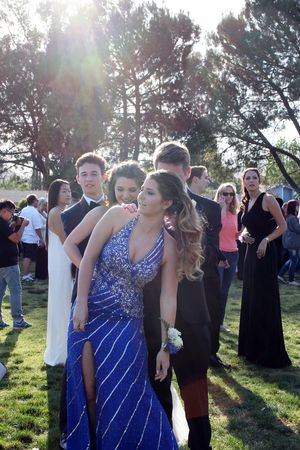 Brent's date kept having a hair stuck on something issue. 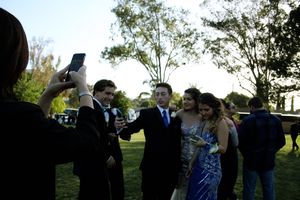 I love that all the kids were taking photos and selfies. In true to Goldberg- Woods-Dinino form, as soon as we got to the park to take photos, a few parents latched on to Karen and would just not stop talking to her. They were so busy telling Karen their life stories that Karen was barely able to get any photos of her beautiful son. This happens every where we go. Karen is a magnet for talkers. I decided it was because she never wears sunglasses. I always wear them because of my eye problem and people can't tell if I am looking at them or not. Some cursed conditions come with hidden blessings. Next month at graduation, Karen will be wearing sunglasses. 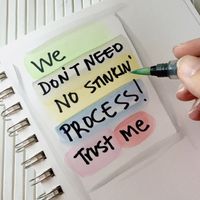 *Trust the process: Pretty much said by every self help guru to make you cry while you do their process, and there is usually a hefty fee associated with it. I have never heard anyone going for a free walk say "trust the process" as they lace up their shoes. If you need to cry and can't, just watch The Descendants or Slingblade.
*Intuitive: Lately I see this word all over used to describe styles of art and cooking. Intuitive painting, intuitive meal prep, often used in conjunction with trust the process.
*In a minute, been a minute, any of the minute phrases: Minute Rice is what I hear.
*Empty nester: I hate the word nest and birds scare me. Why is parenthood reduced to eggs?
*Today for you I have: Said by every contestant on Chopped. What is with the today part? I suggest boy oh boy, have I prepared something special for you! instead.
What is on your list? 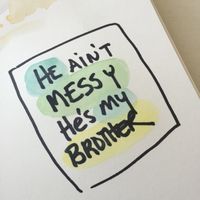 *Switching from one duvet on our queen sized bed to two twin duvets. Now when I have a hot flash at 3 AM and throw the cover off my husband is not disturbed. And when he gets restless leg and throws the covers off I am not disturbed. At first I could not figure out how to get the duvets folded like they did in Sweden and Denmark, but once I got the hang of it, making the bed is a snap.
*Cinnamon Graham Pepperidge Farm Goldfish.
*Havarti cheese. I have no idea how we never ate this before but it's been on every sandwich since we found out we love it.
*Digging up and planting a new herb garden.
*Oribe Rough Luxury Soft Molding Paste. It smells much better than Sumotech and is the equivalent of mixing Sumotech and Brilliantine together. Just enough to add texture and hold to your hair without making it look greasy.
*I still love my job.
Not Grooving On:
*The word "messy" to describe everything creative or unstructured.
*Too many college kids walking home alone in the middle of the night and meeting danger. It's never safe to walk home alone in the middle of the night anywhere.
*Mercury in Retrograde is happening in a few weeks.
*The job I love often pays less than minimum wage which leads to a career crossroad. 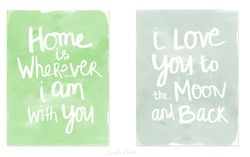 More prints from my watercolor words series are starting to appear in Target stores! I am so excited about this! Getting my art into Target stores was on my career goals list. My list has a few stores I love to shop at on it and the funny thing about art licensing is you do not always know exactly where your art will land. People have an odd idea that having your art in stores means you are rolling in cash. It's a nice dream (and far from true) but this goal is really just a personal one for me. It's more of a lesson about being able to combine working your tuchus off, practicing extreme patience, and letting things go. Seeing my art on the wall at Target lets me know I can move on to the next goal.
I mastered this lesson. YAY!